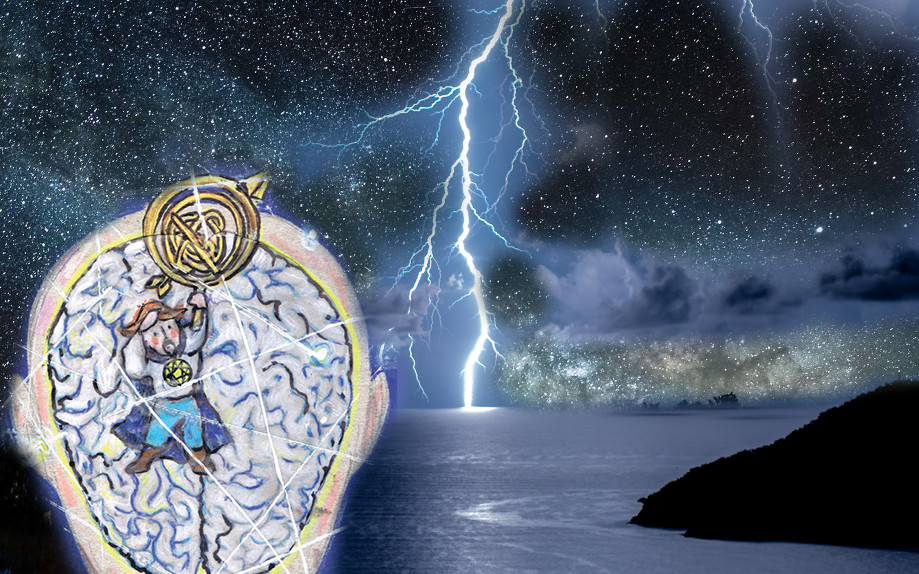 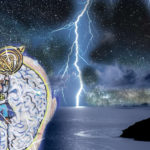 When wonder is born of knowledge

Rabelais, with his « gai savoir », opened the doors to a domain so far from academic and school knowledge! It is so easy to think that pleasure and intellect are two contradictory things.

Many have suffered from a real mistreatment at school which has made them associate the precision of knowledge with dullness, with the accumulation of files without flavour… contrary to life and joy! And at the same time we all have these images of genius researchers who jubilate like children when the grace of understanding comes to touch them. We talk about being enlightened by intuition…. and it is a fact that many major discoveries seem to have arrived, certainly following a process of maturation and concentration that is sometimes very long, but suddenly… as if the knowledge decided to enter the chosen brain by itself!

These moments are moments of intense vibration. When the brain understands, the whole being slips into the lines of meaning and a kind of mystical laughter is born.

The Upper Brain and the Mystic Archetype

This reminds us that the top of the brain, or rather the outermost layer of the brain, is that which is closest to the stars. When the finger of understanding touches us, it is as if the sky opens up to reveal both its magnitude and its structure. It is vast and precise. Causalities and resonances are a source of wonder as they seem to settle within us.

The Chinese say that the mind is a lake that reflects the sky.

… and we know that this singular layer is called the « neocortex » and that it is extraordinarily more developed in humans than in other animal species, with the possible exception of cetaceans, which seem to have faculties of a level comparable to ours. We would have as many nervous connections as there are stars in the universe… The neocortex is the image of the cosmos itself.

For all these reasons of proximity to the universal order and knowledge, archaically associated with the world above, it is quite obvious to name this area of the body « the Mystic »… in the sense of plunging into the midst of mysteries with the joy of wonder.

The Central Teaching of the Mystic

The mystic teaches us again that understanding is an essential human life function… and that used in its purity, it is healthy.

I also like to recall that in the cycles of alchemy, the stage of mental identification comes just after the heart of the transformation processes… and that this stage is necessary. It is when we see the gold that has formed, and name it, that it comes into existence.

In other words, the function of naming allows new stars to be hung in the sky.

The Mystic invites us to dare to be intelligent, chiselled in our observations and in the words we put on reality: we do not diminish it, we enhance it… and are ourselves gratified by the joy!

Our brain is very good at asking good questions, at gathering all the data of a problem and offering it to the sky, to the immensity… A healthy and curious mind circumscribes the perimeter of a questioning and trusts that the answer will come… in the whole body which receives the inspirations coming from everywhere.

These are the flashes of genius!

When the brain « ruminates » to find the answers on its own, it becomes eutrophied, and like a lake, becomes opaque.

Pathologies of the top of the skull

For example: irritations of the upper part of the skull, cortical brain tumours, migraines…

All this perhaps alerts us to the fact that our life is narrow. It lacks a dimension of awe-inspiring immensity, of interest in the laws of the cosmic order… or a sinking into the sludge of cogitations!

The mind becomes grey like that of an old, over-methodical teacher… the Mystic falls asleep with boredom!

We all have the right to be crossed by invigorating flashes of understanding!

The Message of the Mystic

« Do you use your mind as a precise instrument to probe the mysteries of the universe, or are you its slave, and does it lead you by the nose through its endless meanderings?

« Do you marvel at the perfection that surrounds you and of which you are a part?