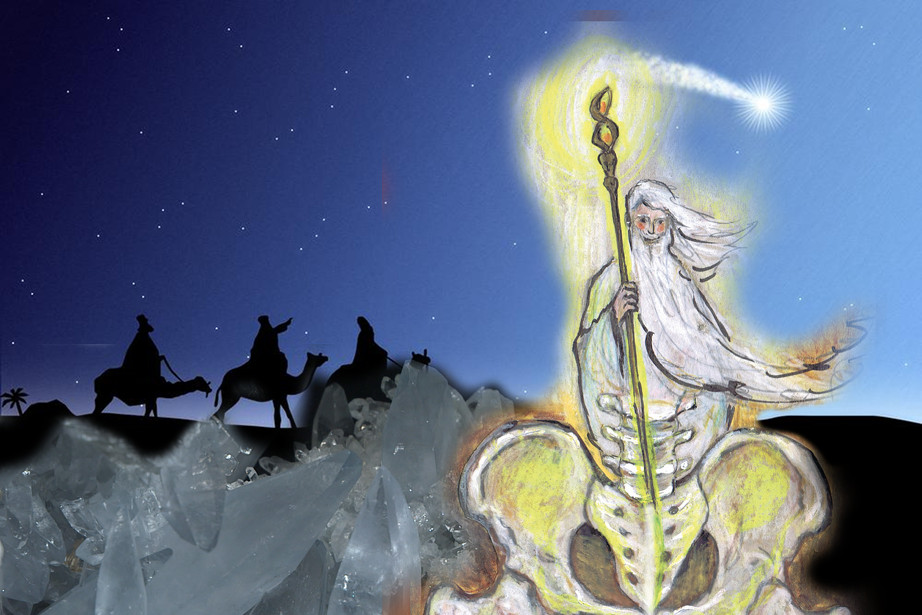 Body Symbolism of the Lower Back – Manifestation and Humility 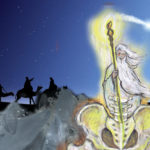 The closing of the year

The cycle is closing. Everything that has been encountered since the previous winter solstice is now finding its quintessence. The loop of alchemy is almost complete : we have experienced the erection from the roots of spring, the opening into the world of midsummer, and the bathing in the vastness and poetry of autumn, linked to the world above. We have descended into the humus of winter.

We have all this behind us and we stand at the edge of renewal like crystal totems, rich with all this experience.

The Magus is the archetype that stands ready for action but does not yet act. It is quiet and powerful. In this time of year are contained the lessons of the past that can carry the futures to come.

Low back and the Magus archetype

The lower lumbar region in its dynamics is the emergence of a very deep, mysterious, underground force! They are supported by the thickness of the sacrum, and the wide iliacs, zones of calm and memory …. incarnation of our deep identity, association of the experience received from our ancestors and our personal experiences.

Like the great sorcerer who goes out into the world, who appears in the light, the Magus shows only a superficial aspect of what he really has as power and wisdom in depth.

Besides, his movement, still reduced, is also an extension of the almost invisible movement of the sacrum… and beyond it, all the suppleness of the whip of our back can snap into the world! When energy arises from there, we are like the horse that rears up.

It therefore allows us to manifest outwardly, in the most appropriate effort, what we are inside.

The bladder is also associated with the Magus. The gold of urine seems to manifest our internal identity card: animals use it to mark their territory, and in many therapies, it helps to detect the nature of what the person is inside.

the Magus before the Child

In Christianity, before the return of the Christ Child, three wise men came through the desert of ancient wisdom to pass the torch to him.

These three days can represent the three days between the solstice (21 December) and the moment when the days get longer (24 December)… they can also be linked in our body to the three lower lumbars!

The Magus holds in his hands the symbols of the alchemy of the past cycle… a trace that crosses the zero point to go and sow the cycle to come… a seed in the body of the child to come!

A very beautiful image of this character is given to us in the film based on the novels « The Lord of the Rings »: it is Gandalf the Grey who comes to bring fireworks to the Hobbits.

In this childish world of simple people, he brings wonder…. but very few of the little men suspect the deep reality he carries, the centuries he has lived through, the trials he has gone through and the spells he is capable of, of which fireworks are light manifestations!

And at the same time, he inspires respect: it is obvious to everyone that he is indeed a hobbit. He doesn’t try to blend in. He doesn’t stoop.

It’s not part of the normal upbringing to feel legitimate to be a Magus… that is, not to give everything away.

To have reserve and to show only what is necessary is an age of integrity (besides, above the Magus are the three vertebrae of the Regent, guardian of integrity)… it is the opposite of the sacrificial or submission logic.

One can behave like a slave who must obey or, on the contrary, like a person who is over-responsible and in charge of everything. In both cases, we « pull the plough » and we get exhausted.

Instead of being available to support the emergence of new cycles, we are chained to the past we are dragging along!

Symptoms of low back pain

How common are back pains, herniated discs and various exhaustions in this area!

Of course many things are concentrated here: a society that has moved away from the sense of cycles, of transmission creates notions of responsibility that are totally disconnected from what is natural!

All the symptoms of this area can find elements of understanding in this deep sadness. In our bodies, our magic is not honoured. In our society, the elders are not honoured either!

The Magus asks in all seasons these questions:

« Do you assume who you really are or do you seek to blend in with the common man?

« Do you believe yourself to be superior, do you fall into the trap of arrogance?

« Do you measure your efforts or do you spend your time doing too much?